A blog by Locums, for Locums 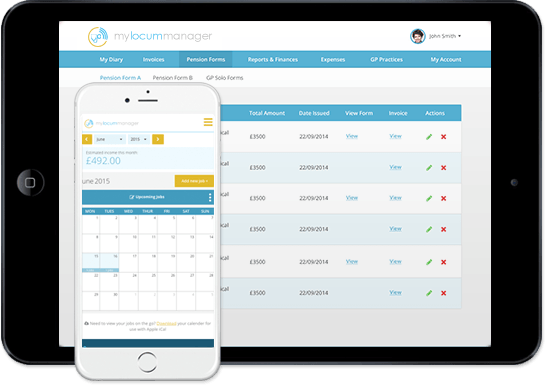 Rising the Ranks: From Grassroots to Glass Ceilings

Last week, Teresa May became the second female Prime Minister in British history. Whatever you may think of her, it is no mean feat to have battled through the anarchy of Conservative party politics to take the title. When you consider that only 29% of British MPs are women, with only 32% of cabinet positions being held by women, May has shattered her own glass ceiling.

General Practice, is somewhat different to the political realm. It has a heavy predominance of women. GMC statistics show that over 51% of doctors on the GP register are female. You would think this female majority would be a good thing. However the media constantly attributes the demise of the NHS to lack lustre female GPs whose only ambition, is to make babies and work part- time, all whilst wearing the cliched cardigan. This stale media rhetoric completely undermines the ambitions, drive and progression that many female GPs (cardigan or not) are making to spearhead the profession. This used to anger me and make me feel devalued to the point where I would cringe inside when saying the words “I am a GP’, as I feared I would be lumped into this category. Especially as I'm a GP, who is female, with two young children (aged 1 and 3). My "part time" clinical work is accompanied by more than full time, education, teaching and business commitments. That being said, I do have a new found optimism for general practice and this is mainly down to an increasing number of GPs (many of them female) who through their passion and ambition are a driving force for change.

We have chosen 12 female GPs who are changing the course of general practice, giving a voice to the fundamental problems that GPs face, challenging the status quo and shattering a few glass ceilings along the way.

The RCGP’s first female chair in 50 years has many strings to her bow.  In 2000 she was awarded an MBE “for service to medicine and drug misusers”. She has been senior medical advisor to the Department of Health and Director of Primary Care for the National Clinical Governance Team. In 2013 she was assessed as one of the 100 most powerful women in the United Kingdom by Women's' Hour on Radio 4. She is an outspoken critic of the current government. Clare was amongst 6 GPs elected to BMA council this year.

The ex-RCGP president has made a multitude of contributions to general practice. She is internationally renowned for her writing on the ethics and core values of general practice. Her book ‘Matters of Life and Death’ has encouraged compassion, wisdom and empathy within generations of doctors. In an age where GPs are constantly being told that we aren't working long enough or hard enough or doing enough to the ever-rising tide of demand, professor Heath’s has promoted the benefits of  “doing less” in otherwise healthy people. She has tackled important issues like over diagnosis head on.

This straight talking, Kent based GP is perhaps most fondly known for putting Jeremy Hunt on the naughty step at the RCGP conference. She co-founded ‘Resilient GP’ which was a proactive step to empower GPs and help them tackle the issue of burn out. She has championed the awareness of perinatal mental health issues and set up the Perinatal Mental  Health Partnership.

This Blackburn based GP has come into the spotlight in the last 12 months. She has championed awareness about the rising cost of medical indemnity, she has been a voice for locum GPs across the country. Her colleagues have described her as having an “extraordinary talent to harness the GP workforce into topics that are at the heart of general practice" In recent months Preeti entered the world of medical politics and was elected to the BMA subcommittee. She went on to become an LMC representative a few months later. She is currently championing action on indemnity and harnessing social media to bring about change.

This Bristol based GP had many of us in tears with her recent speech at the LMC conference where she spoke of being a “casualty of General Practice” and of her heartbreaking decision to leave partnership. Shaba is a popular Pulse columnist. Her other roles include programme director, appraiser, and CCG CVD lead. She is kryptonite for the CQC and basically an all round super woman. As if she wasn’t busy enough she has recently taken on the role of board director for her local LMC.

I first came across this straight talking GP trainee last year when I stumbled upon her blog piece giving GP trainees a crash course in protecting GP resources. She is not afraid to make her opinion known. Her blog eloquently highlighted how trainees are masters of ‘ICE’ yet inexperienced in the art of saying ‘no’ to unreasonable patient demands. She has championed the rights of junior doctors. Heather is currently undertaking a Medical Leadership Fellowship as well as blogging for Pulse. She is defiantly one to watch!

This former RCGP treasurer became the third women in a row to be elected to chair the RCGP. She has said she will be a ‘voice for GP’s across the country and ensure that the profession is strong for the future’. Post Brexit there are numerous challenges ahead for her, but so far there is a lot of confidence that she can rise to them.

THAT article on Simon Stevens and the FYFV had every single GP up and down the country in tears - of laughter. Susie qualified in 2010 and went straight into partnership at a busy inner city practice.  Passionate about General Practice but concerned by growing workload she developed an interest in medical politics which lead her to become chair of GP survival, the largest online group of grassroots GPs. She went on to become Head of Communications for Derby & Derbyshire LMC and the Derby GP task force. Described by a colleague as the “workhorse behind GP survival' she defiantly gets an ‘A’ for effort and execution - Simon Stevens watch and learn!

This grassroots GP was another popular name. She has not been afraid to publicly tackle thorny issues like health screening, over diagnosis and over treatment.  She is a writer for the BMJ and Guardian and a regular on Radio 4’s Inside Health programme. Colleagues applauded her for her “defence of common sense, transparency and evidence based medicine”.

The long serving CEO of Londonwide LMC has also been an elected regional representative on the GPC since 1998.  Her GP colleagues applauded her strong defence of General Practice and for her ability to use her political position to effectively represent grass root GPs.  She continues to work tirelessly to strengthen her LMC and lead on the frontline.

This talented writer has been a powerful voice for general practice. Her articulate and witty writing resonates through the hearts and minds of her GP colleagues. She is the media lead for the pressure group GP Survival and has articulately conveyed the struggles of general practice with passion and resolve. It cannot be easy putting yourself in the spotlight to voice the concerns of a profession as it also opens you up to public criticisms. Dr Norris we salute you!

Is the youngest member to be elected to the GPC. Her passion for politics has been extended further in her role at the Birmingham LMC. Her aims are to better represent new GPs and sessionals and improve their engagement. We feel she is another GP to watch out for.

This list is just a small snapshot of the women driving change in general practice. Let us know on Facebook or Twitter of anyone you feel deserves recognition!